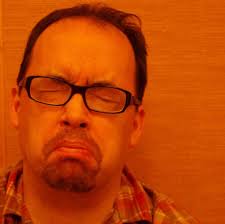 Thomas Enebo is co-lead of the JRuby project, author of the Ruby Bukkit wrapper Purugin, and a contributor to many other Open Source projects. He has been a practitioner of Java since the heady days of the HotJava browser, and he has been happily using Ruby since 2001. Thomas has spoken at numerous Java and Ruby conferences, co-authored "Using JRuby", and was awarded the "Rock Star" award at JavaOne. When Thomas is not working he enjoys running, brewing beer, and drinking a decent IPA.

Modding Minecraft with a dash of Ruby

Minecraft is the indy gaming sensation which to date has sold more than 14 million copies. Minecraft presents a blocky (voxel) world in which you and rip down and build up the world as you see fit. People make buildings, fight monsters, farm, and dig expansive tunnels down to the bottom of the world. A deceptively simple and addictive game.

One Minecraft feature of interest to programmers is that users can run their own multiplayer servers with the freedom to tweak the rules of the game. The main API for doing this is written in Java and is called Bukkit. Want your own teleportation system? Want to control the weather? Want special physics for a particular type of block? You can modify Minecraft be the game you want it to be.

Java however is not the ideal language for writing game modifications. This talk will introduce a Ruby framework layered on top of Bukkit called Purugin (https://github.com/enebo/purugin). Beyond learning about minecraft and modifying a delightful game you will be introduced to how using a "scripting" language like Ruby fits the problem domain better.

Sit back and enjoy an entertaining hour of hacking a fantastic game...