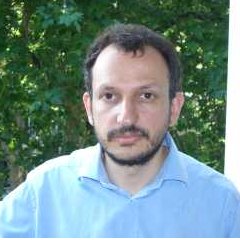 Steve Freeman, author of Growing Object Oriented Software, Guided by Tests (Addison-Wesley), was a pioneer of Agile software development in the UK. He has developed software for a range of institutions, from small vendors to multinational investment banks. Steve trains and consults for software teams around the world. Previously, he has worked in research labs and software houses, earned a PhD (Cambridge), written shrink-wrap applications for IBM, and taught at University College London. Steve is a presenter and organiser at international industry conferences, and was chair of the first London XpDay.

Why can’t we just add a feature to our system without tearing the code apart or, worse, patching around it? It ought to take just a few lines. We know the code is supposed to be modular and coherent, but too often it just doesn’t turn out that way.

We don’t believe it should be this hard to change object-oriented systems. We’ve seen examples where it really is that easy to add a new feature. The difference seems to be in the intermediate level structure. The design principles that most programmers rely on don’t address the middle ground where the complexity lies. We know about principles and patterns at the small scale, such as SOLID, and the large scale, such as REST. We’re less familiar with the structures in the middle.

This talk is about design principles that we’ve learned help us develop mid-scale code structures that are easy to read and easy to change. At the lowest level, this means well-known patterns such as avoiding globals and following SOLID guidelines. At larger scales, this means assembling those SOLID objects to avoid hidden coupling so that the system as a whole is amenable to change. We focus on how objects fit together and communicate, and on being clear about how capabilities and information flow between objects in the running system.

Test-Driven Development: That's not what we meant

Test-Driven Development (TDD) has been so successful that it's now unfashionable. But many developers complain that being required to write tests just gets in the way of shipping features. That wasn't our experience when we first stumbled onto TDD a dozen years ago, so what went wrong? Were we fooling ourselves, or did the message get confused along the way?

In this talk, I will revisit the basics, the essence of what makes TDD work. I will look at some of the common difficulties that I see with teams that are struggling. I will show how understanding the principles means that we can use tests to help us deliver more effectively.