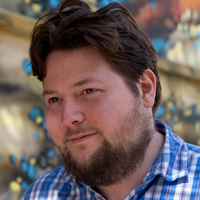 Richard is an empirical technologist and solver of deep-dive technical problems. Recently he has been working on data analytics for high performance computing and has written a book on Java 8 Lambdas for O’Reilly. He is a leader in the London Java Community and organised the Adopt-a-JSR programs for Lambdas and Date and Time in Java 8. Richard is also a known conference speaker, having talked at JavaOne, DevoxxUK, Geecon, Jfokus and JAX London. Previously he worked on static analysis problems, verifying part of a compiler and developing automated bug detection technology. He obtained a PhD in Computer Science from The University of Warwick where his research focussed on compiler theory.

These days fast code needs to operate in harmony with its environment. At the deepest level this means working well with hardware: RAM, disks and SSDs. A unifying theme is treating memory access patterns in a uniform and predictable that is sympathetic to the underlying hardware. For example writing to and reading from RAM and Hard Disks can be significantly sped up by operating sequentially on the device, rather than randomly accessing the data.

In this talk we’ll cover why access patterns are important, what kind of speed gain you can get and how you can write simple high level code which works well with these kind of patterns.